Conciliation Center in Medellin available for arbitration and conciliation hearings supervised by trained personnel in an environment perfect for conflict resolution of all kinds. If you want to access a legal option that is more agile than a court procedure or lawsuit, to resolve any personal, commercial, family or other types of conflicts, consult with us today.

Colombian law allows for the use of private conciliation centers to solve all types of legal issues. This is one of the most effective ways to resolve conflicts in a friendly, efficient and rapid manner. Additionally it is a legal method to solve conflicts between people and/or entities, and it is also quite economic. It is an alternative to ordinary legal processes where the authorities intervene and eventually a judge decides who wins and who losses. In addition to being an aid to the decongestion of courts and government offices and to slightly reduce the workload of some government and judicial authorities, it allows everyone to legally solve conflicts quickly and economically.

What conflicts can be handled by a Private Conciliation Center in Medellin?

Our private conciliation center in Medellin is legally authorized to receive applications and conduct conciliation hearings to resolve various types of conflicts. Among those situations are the following:

Our center is also authorized to handle and process, legal conflicts that are normally debated in the civil jurisdiction, such as:

Disputes derived from insurance contracts, unfair competition, poor service provisions, among others of a commercial type, can also be presented to our conciliation center in Medellin for resolution.

The vast majority of requests we receive for possible conciliation involve family situations. Among these are; 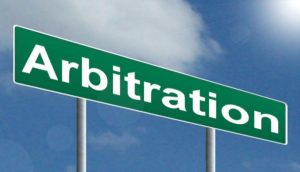 The Conciliation Procedure is one of the alternative mechanisms to resolve conflicts under Colombian law. In addition there is the friendly composition and arbitration, which we are also legally qualified to manage in our center. However, the most used in Medellin is the conciliation, due to the friendly and communicative environment on which it is based. However, it is important to take into account that the Conciliation Resolution that is obtained after conciliation in any conciliation center legally authorized and registered before the Ministry of Justice of Colombia, carries mandatory effects.

This document has all the legal weight necessary behind it to have similar effects as a Court Judgment or Sentence. This means that what is agreed on the conciliation cannot be debated on again and allows the beneficiary of whatever was agreed, to go to any judge to file for non-compliance effects, if necessary.

Difference between Arbitration and Conciliation

Contact us if you need more information on Conciliation in Medellin